PSV’s General Manager Toon Gerbrands, sports marketing manager Bob van Oosterhout and former major of Eindhoven Rob van Gijzel have been officially appointed members of the PSV Foundation during the New Year’s reception. They will manage as from today the foundation which is responsible for all social projects organised by PSV.

The club announced at the start of the season that all social projects that are organised by PSV or in which they are involved will be integrated in the PSV Foundation. The new board of directors was formed over the past few months. Van Oosterhout, Van Gijzel and Gerbrands all signed a contract during the New Year’s reception, so that they are the foundation’s members of the board.
Walking Football at PSV Eindhoven with the story of Joop

PSV was one of the first clubs that participated in the project that was blowing from England. Joop Hazelaar (66) saw an announcement on the website of the club, got the green light from his wife and immediately volunteered.

“Walking football is a godsend for me.” PSV is his club. “As a child I was already watching it,” says Joop. “I remember that as a child, I was already going on the back of my fathers bike, together with him to the stadium. Later, I cycled by myself from Veldhoven.”

A few years ago, he could not have imagined he would ever kick a ball at the sports complex of PSV himself. In early 2013, Joop looked on the website of PSV when he noticed an advertisement, which announced that the club was starting a Walking Football project and looking for people that were interested and 60 years and older.

Joop: “The programme seemed to be made for me! I showed the advertisement to my wife and she immediately told me that I needed to go. I just want to continue with an active lifestyle and do not neglect my social life. “ 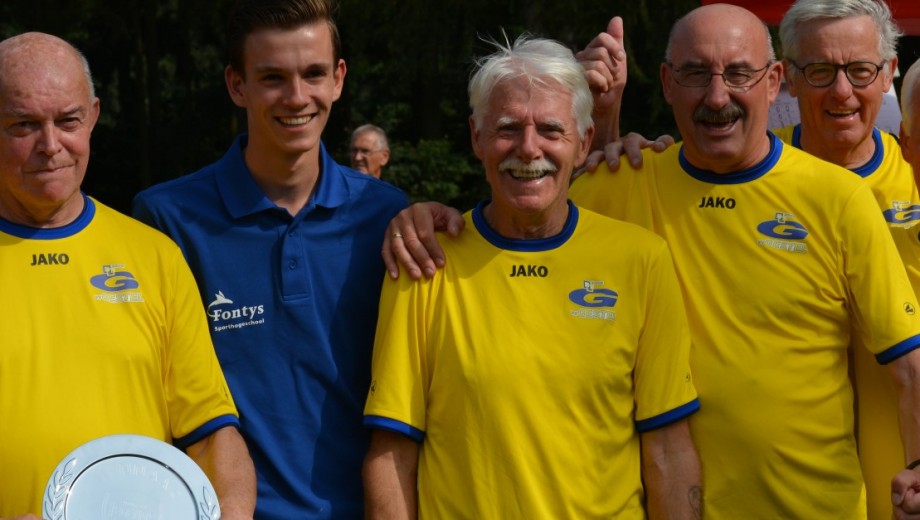