On Thursday 26th of October 2017, more than 80 people came together for Club Brugge’s first national Walking Football Festival. The event took place in cooperation with the European Football for Development Network.
The Walking Football Festival consisted of a Walking Football seminar that took place in the morning, and a tournament in the afternoon. The event followed the purpose of raising awareness for the sport Walking Football and its opportunities to engage people being 55 years and older in an active lifestyle.
The Walking Football methodology was first carried out in the UK in 2001, and has since then expanded to inspire men and women. Throughout Europe, thousands of older men and women are no rediscovering the joys of football by playing football at a more leisurely pace. In addition to encouraging older individuals to get back into participating in sport, the social aspects of Walking Football sessions provide opportunities to socially engage and connect with peers in the community, effectively combating social isolation and addressing mental health issues. In the afternoon, the Walking Football Tournament was staged at the indoor arena Garrincha in Assebroek. 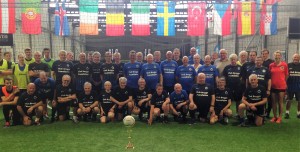 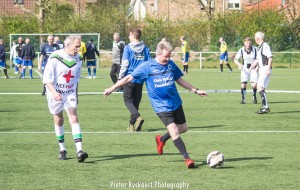 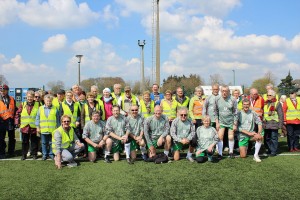