During the past weeks, events took already place in Belgium at Club Brugge, Benfica in Portugal, at Valerenga Fotball in Oslo and Tottenham Hotspur in the United Kingdom.
At this weeks event in Bremen, several national and European teams have been invited to participate in the activities on 1st and 2nd of December. Among others professional football clubs from Germany, the Netherlands and grassroots football clubs will be in attendance.

In order to broaden the successful Walking Football and Sports methodology, which in Germany only recently evolved, the event will be announced in the weekly Newsletter that reaches more than 37.000 club members. Next to that the Fussball Landesverband will communicate the seminar and tournament with the goal of broadening the methodology.
Everyone is welcome to visit the event.

On Friday the event will include a welcoming speech that will be given by club president Hubertus Hess-Grunewald. Afterwards, all participating teams will have the opportunity to take part in a stadium.

The stadium visit will be followed by an informative Walking Football presentation and a panel discussion.

On Saturday, the Walking Football tournament will take place in the Klaus-Dieter Fischer football hall of Werder Bremen. After the end of the tournament all teams that participated in the event will go together to see the SV Werder Bremen- VfB Stuttgart match. 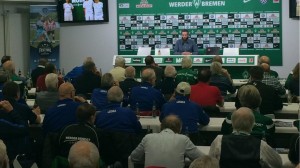 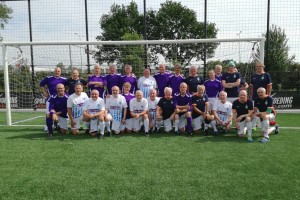 “Walking Football” for everybody – a training day with Werder Bremen